Dremio CloudDremio Software
On this page

Dremio Arctic is an intelligent metastore for Apache Iceberg, powered by Nessie. It provides a modern, cloud-native alternative to Hive Metastore. Arctic offers the following capabilities:

Dremio Arctic is a service within Dremio Cloud. You manage data in catalogs, which contain a listing of all the tables and views that are in the data lake along with their locations. Using catalogs, engines that access data in the data lake have a common view of all the available datasets and their current state.

An Arctic catalog consists of a metadata service. The data that you work with in Arctic, including Apache Iceberg metadata and manifest files, are stored in a storage system such as Amazon S3. Arctic maintains pointers to the Iceberg metadata files. Therefore, when using an engine such as Spark or Flink, you will need to ensure that the engine has the necessary credentials to access your S3 buckets.

The following illustration outlines the high-level architecture of Arctic: 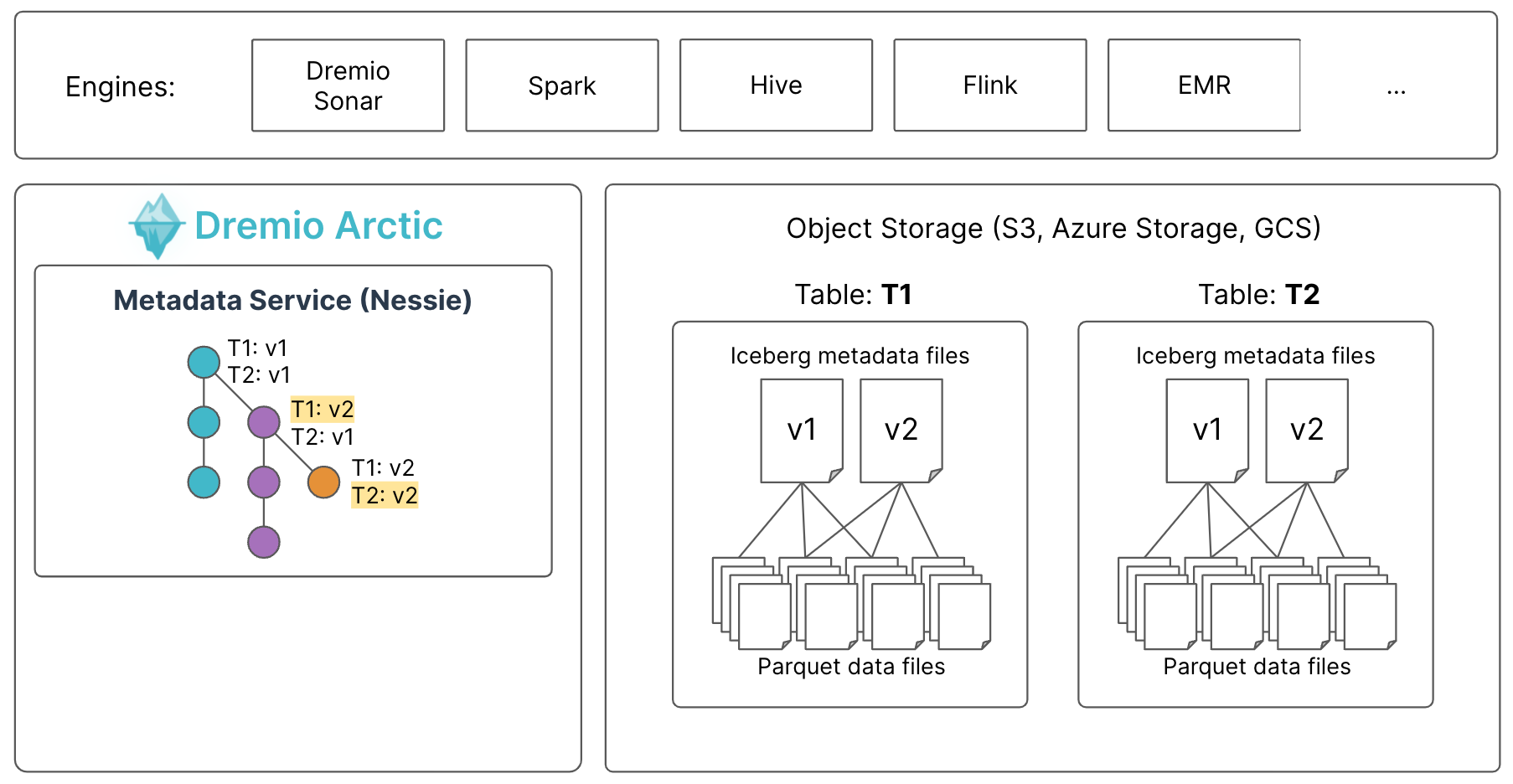 When you work in the Arctic user interface, you work in or with the objects that are depicted in this diagram:

A branch is a named reference and a movable pointer to a commit.

Folders are used to help you organize your tables in Arctic.

A table contains the data from your source, formatted as rows and columns. A table can be modified by query engines that connect to Arctic.

A view is a virtual table, created by running SQL statements or functions on a table or another view.

Dremio Arctic is powered by Nessie, a native Apache Iceberg catalog that provides Git-like data management. As a result, data engineering teams can use commits, branches, and tags to be able to experiment on Apache Iceberg tables.

These capabilities enable a variety of use cases such as:

The following illustration shows an example of a new branch that is forked from the main branch, then merged back atomically after multiple commits:

Currently, Arctic is available in Preview mode. To get started using Arctic: