Dremio CloudDremio Software
On this page

When you work on the Datasets page, there are different components that you can use to manage your data. The largest component is the Data panel, which is used to explore the spaces and sources in your data catalog, as shown in this image: 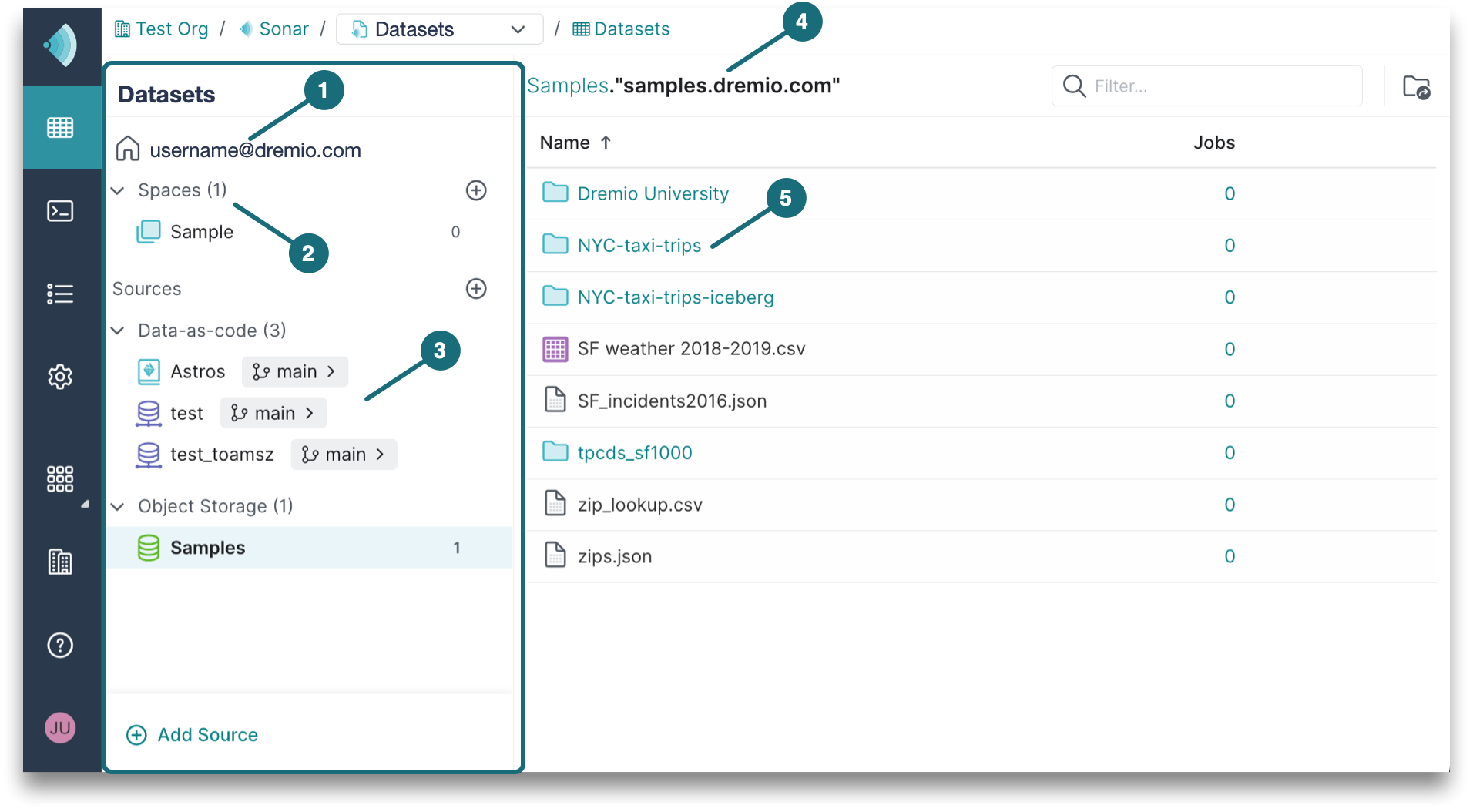 By opening the SQL Runner, you can directly add data objects from the Data panel into the SQL editor.

To add the data object, locate the object in the Data panel that you would like to use within the query. Click the + button or drag and drop the data into the SQL editor.

When using the SQL Runner on the Datasets page, you can star spaces, sources, datasets, and other objects in your data catalog, which adds the object to your Starred list for easier access. The Starred list can hold up to 25 entities at a time, and each starred item remains on the list even if you open a new browser or clear the cache.

To star a data object:

To unstar a data object, click the Star icon again.

Scratch is a directory in your Amazon S3 bucket in which tables are saved. Scratch provides a way for you to create tables as a Parquet file, which can be formatted to a table. For more information, see Scratch Directory.