Dremio’s control plane hosts Sonar projects and the objects in them, and the execution plane runs queries against data sources that are connected to Sonar projects.

This diagram gives a simplified account of how the two planes interact when a user logs into Sonar and runs a query: 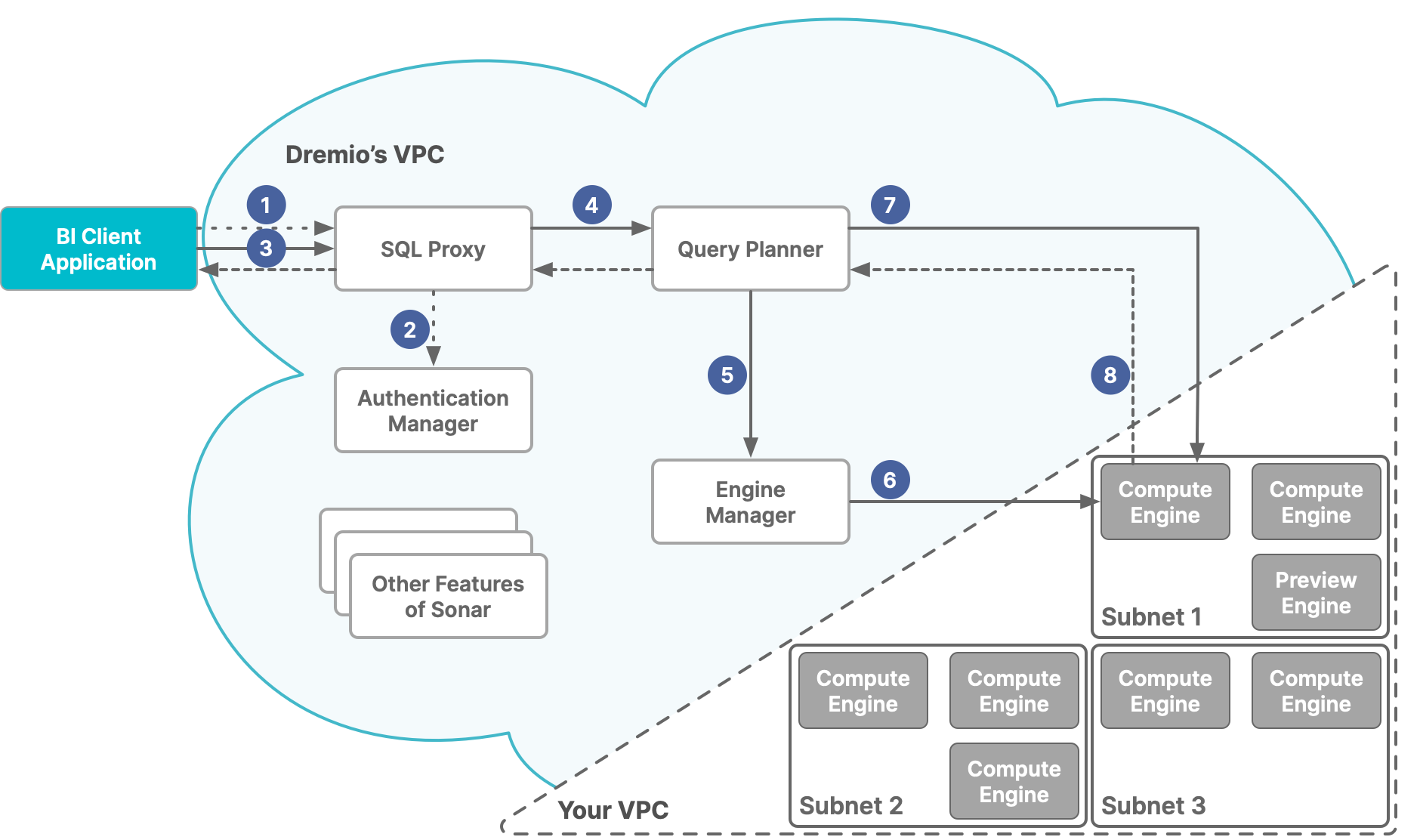 When you work with Sonar, you work in or with the objects that are depicted in this diagram:

A Sonar project isolates compute, data and other resources needed by a team for data analysis. An organization may contain multiple projects. A project must be linked to a single cloud account. Your first project was created and linked to your cloud account as part of the sign-up process. For more information, see Managing Sonar Projects. 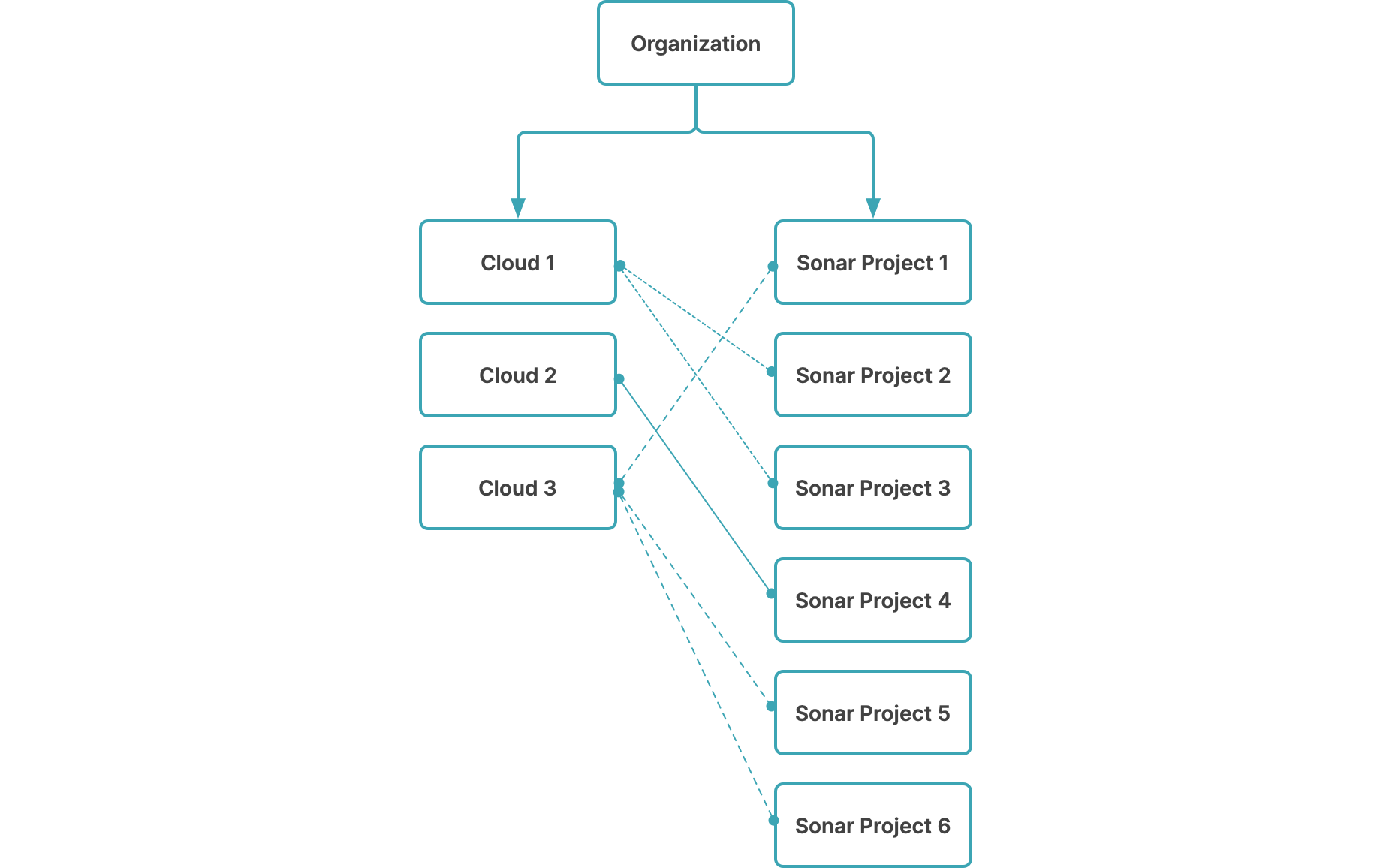 An engine process jobs that run queries issued by users (either through a client application or through the user interface) or by Sonar (as, for example, when Sonar creates a reflection that a user has defined). Compute resources for an engine are allocated in the cloud associated with the project. All engines in a project are associated with the same cloud.

Engines are made up of one or more EC2 instances and are automatically started and stopped by the Sonar control plane. Engines can be configured to have multiple replicas, which allow for scaling up. For more information, see Managing Engines.

A data source can be a data lake, such as Amazon S3 and AWS Glue Catalog, or a relational database (referred to as an external source). For more information, see Connecting to Your Data.

A space is a directory in which views are saved. Spaces allow people in your organization to group datasets by common themes, such as purposes, departments, or geographic regions. You can also create folders within spaces to organize your datasets further. When you join a Sonar project, your user ID is given its own home space by default. For more information, see Spaces.

A table contains the data from your source, formatted as rows and columns. A table cannot be modified by Sonar.

A view is a virtual table, created by running SQL statements or functions on a table or another view.

A reflection is an optimized materialization of source data or a query, similar to a materialized view, that is derived from an existing table or view. To learn more, see Accelerating Queries with Reflections.